The best natural state in which to be.

The beginning of self-acceptance; a measure of your intrinsic value, an indication of your inherent worth on planet Earth.

When you remain true to yourself, your standard measure – that is, your unconditional acceptance of your fallible ‘self’- is your indelible reference.

Living according to a fraudulent reference – whether bought, ‘borrowed’ or stolen – is futile in every respect.

Somebody once said that imitation is the greatest compliment.

They are the sort of insults that without any ado, whatsoever, are quite naturally redispatched to their hatcheries.

I was born on Thursday 13th July 1972 in Harare, Zimbabwe, to an English father and a South African mother. I was christened Catherine Jane Birch and – from the outset – I’ve been inquisitive about most of life’s elemental questions; its myriad paradoxes and unpredictable anomalies, their sources, solutions and their propensity for unmitigated change. From a very young age I was captured by the enigmatic life process, the challenge of living and what it ‘means’ to be alive.
I spent countless invaluable hours in nature, watching the world at its work. I had a fascination for everything around me, curious about what things were, how and why they worked, what they represented in relation to one another.

I began writing at the age of 5. Journals, stories and poetry, illustrations, have been a constantly evolving source of quiet self-reflection, expansive expression throughout my life.
I’m fortunate to have travelled many miles, to have visited a variety of differing destinations and though I’ve learned a lot about life in the last 50 years, my questions about its complexities are neverending.

I currently live in the south-east of England, having recently returned to the United Kingdom after a particularly harrowing period of 7 allegedly ‘invisible’ or ‘non-existent’ years of hell in Kwazulu Natal, South Africa.
My 13-year-old son lives in Switzerland, where he attends school.

Orientation is – for the most part – something to do with where you were, where you are – and the why of those both.

The inbetween that there might perchance happenstance to be – of which there may be no specific coordinates, or recollection – is immaterial when you are where you chance upon happening to find yourself where you should.

Measuring mettle and all that black cutlery calling the crockery crooked (by way of complementing the return of the back-handed slap-compliment) is the price for piggy-backing the Sphinx in any instance.

Anybody worth their fettering knows that, particularly those who don’t know where or wheren’t they were, or weren’t, going in the first place.

Blog Number None: Once Upon the Future Dream of the Present Tense That Never Was

And once upon an ever-Mañana that never came, I might have the equipment I require to blog on something other than an Android.

Maybe … although having asked so many times for what is mine to be returned to me (my computer, my earnings, etc) so I can continue my work in conditions more conducive to cultivating the necessary motivation to do so – and having been fake-promised so many times that such would indeed be the case, maybe not …

Have a nice day.

It has been a nagging feeling for some time now, the feeling that I am being used as live bait.  For some big fucking fish or something.  But I am a cat.  Cats catch fish, whatever bait was taken.  That is perhaps the first thing any ‘Big Fish’ must learn before it swings trapeze on a feline string.  Cats will not necessarily eat the fish they catch, not all cats eat sushi.  Cats are natural hunters.  They will take a fish out of water from time to time and simply watch it flap around for a while.  If they get hungry, they might kill it and eat it.  Or they might not.  They might instead turn it into five thousand loaves of bread for the soup kitchen.  I suppose when intelligence was allocated fish were measured on their ability to climb trees.  A wise fish would have opted for wings, in that instance.  Like a wise pirate walking his own gangplank would opt for a mermaid rather than a flying fish when he leaps into the sea.  No.  Virgil never had any issues with mermaids.  He was a close friend of Poseidon’s Trident, which meant he could breathe underwater.  So, it would seem, could his parrot, else it would not be perched on his shoulder today squawking for cocktails.

Ask any macaw about a squawking parrot and a cocktail, they will tell you whether Virgil and the Pirate prefer pinacoladas to margueritas or whether you can expect a storm in your teacup.  The last I heard, birds of a feather flocked wherever.  Unless they were homing pigeons.  In which case they would have gone straight home to their loft and done some flocking.  There is no point in being lost when you don’t know where you are.  When getting lost, be sure to take yourself with you.  That is the safest way to make your loss into a find.  Taking yourself with you does not mean neglecting your own attendance, it means you become very adept at choosing your moments to go and get lost.  For instance, you would not want to go and get lost in a moving Bermuda Triangle.  You would need to know when the Triangle was going to move so as not to get lost in its transition.  Without that key information?   I would not suggest flying into a triangle.

The year 2016 is seeing itself out.  That is a good thing.  Each year is accountable for its achievements and it is pleasing to see this year has been no exception with regards the measurement and presentation thereof.  In fact, this has been such an interesting year that I cannot wait for next year to begin demonstrating its prowess.  It is bound to be a great deal better than 2016, and for evolution’s sake – it better had be.

You cannot outgrow evolution, no matter how hard you rail against its changes.  That is the good news.  And more is the question, why would anyone want to?  Evolution got us here in the first place.  Kick against its change and it will kick you straight back into the caves to hunt berries and chip flint.

The first thing to remember when it comes to heart, is that if you do not have one do not pretend that you do.  That kind of a lie will haunt you for the rest of your lives. 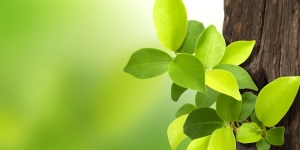 Those who have hearts will recognise the familiar deep ache that signifies the alignment between the longing and the longed-for. A heart grown of patient longing for the long-awaited is not a weak heart. It is the heart made stronger than the divide between the two. That strength not only generates an unbreakable bond linking the beginning of the longing and the end of its trajectory, it provides both sides with the power to align at any point with one another – regardless of space or time – and find their way home to belonging.
A heart that longs is naturally a pained heart. It is apt to be so. A self denied is a tortured soul indeed and I suspect that this, for many who soon realise they have rejected their own essence, will in due course become patently clear. Perhaps that is why most people will do anything to distract themselves from the actuality that an age-old longing pre-exists every one of us, and is inherent in each of ourselves. That longing in itself alone is the reason we are actually here and it would be wise for you to try and remember at least that.
The Heart’s Longing is an inspiration, its manifestation a miracle. Implicit trust, the application of absolute faith in the pure heart’s true vision and the willingess to serve its subsequent longing is what finds you the necessary capacity to match the laws of attraction resonating from the beginning of the longed-for’s trajectory.