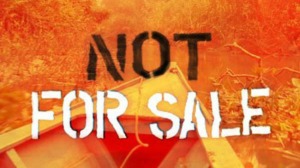 There is no morality in slavery.  You cannot expect to enslave another human being without finding yourself in due course on the über-cruel receiving end of slavery, yourself.  That there are those who are enslaved in the 21st century should not surprise anybody.  There are still those that believe that theirs’ is the right to control the life of another sentient being.  Theirs’ is not the right – it is never the right thing to do – and this should matter to every person on this planet.  It does not matter to a whole contingent of people inhabiting planet Earth and this fact would be laughable – because of the reciprosity of karma – if only the subject of slavery was not as distasteful as it is.

I do not doubt that every nation has been guilty at some stage of slavery in one shape or another.  Whether it is the money-enslaved masses of the west and the would-be west, the trafficked girls from the east, the labouring children in factories and mines, the militant child soldiers from Africa or the political puppets that run this world, it should be recognised that this form of oppression is ongoing and it is unacceptable.  People need to be free.

Enslavement is wrong.  Simply wrong.  There is no justification for it, whatsoever.  It is not for one person or organisation to ‘own’ another’s life and direct their passage, their path.  If you are a president, for instance, you should (want to) be able to act according to your own will in the best interests of your people.  The people put you where you are for a good reason.  Authority figures should not be coerced into action or non-action by their peers, their governing bodies.  A presidential slave is a problem of the highest order because a spearhead is put in place to lead the way through confrontation, conflict and resolution.  Should a spearhead be blunted by indecision and external influence, it loses its efficacy immediately.  Mr Mandela was a spearhead, he was never a slave to his circumstance or anyone else’s.  His example should really have changed the ways of this entire planet by now.