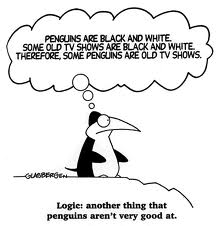 How are people taught to reason?  Does it come naturally, or is it learned?  Is reason a by-product of philosophy’s tendency to bounce around the word ‘therefore’ when coming to its conclusions?  Reason can complicate matters.  It is an important skill, but employ it wisely.  Do not discount those things you cannot rationally – reasonably – explain.  Not knowing the how or why of something is no reason to disregard it.  In good time everything comes clear – if something does not make sense immediately, trust that it will.  Being capable of understanding is more valuable than being able to reason.  Reason can divert one’s attention from the truth and diverted attention is called not concentrating.  It is vital to concentrate when searching for the truth.

Giving valid reasons for your actions makes sense if you feel the need to explain yourself to other people.  Some people feel that need.  Some people feel the need to make others explain themselves.  Who is anyone to make another person explain themselves?  That need that people have, makes me smile.  Like policemen they stand, demanding disclosure.  You cannot force disclosure if you want the truth.  Ask nicely and you might get an explanation, which is better than being given a reason.  However.  Give reasons if you feel you need to.  Be sure they explain themselves.  It is not to say that the reasons you give will be met with approval, but give them anyway.  They open dialogue.