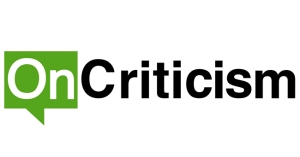 Critics are important.  When they are required.  When they are not required they are nothing short of a pain in the arse.  Critics are the reason there are censors, and censors – where necessary – can be valuable.  For instance:  censors are needed when it comes to the matters of children.  Adolescents should be guided, too, by sensible censors and adults in their own capacity should be quite capable of choosing what they would like to expose themselves to. When critics are selected – and I am not talking about the idiot critics who elect themselves experts on subjects they know nothing about – there are vital criteria that must be met.  One of those is the selector’s ability to recognise in a critic his/her inherent intent when criticising.

Fortunately constructive criticism exists.  It is still possible to find those who delight in the success of others in this dog-eat-dog world.  It would seem that the predominant desire in this world – perhaps because there are billions of ‘have-nots’ on this planet – is to see your neighbour fail once he/she has achieved a degree of success deemed by you to be ‘above their station in life’.  Resentments abound.  Those that ‘have’ at first become their own clan, thinking that by pulling together they will somehow preserve their imagined pre-eminence and protect their investments.  In the manic dash to close ranks in their capitalist panic they do not realise that the welfare of their fellow humans is their investment.

Once upon a time I said that there were some things I needed, and some that I didn’t.  It would seem that some idiot decided that they knew better than me what I required and in an act of perhaps misdirected goodwill delivered me to the kangaroo court, the Spanish Inquisition’s firing squad and the Doors of Hell.  It was not expected that I would benefit from the experiences, but I ensured that I did.  I discovered on my lengthy journey that kangaroos were in fact dogs dressed in sheep’s clothing, that Spanish is a beautiful language to listen to and I learned that my private Hell was nothing to fear.  Quite the contrary.  It is the scars that are housed in my private Hell that held the keys to the foreseeable future.  We all have a private Hell.  A personal place we send ourselves at various stages to make amends.  The point in being sent there is to fix things, to heal our ravaged souls.  There is no point in going there with the intention of inflicting further damage upon yourself for the same old sins committed.  You are there to face and accept old fears, to process your allocated pain.  You are there to understand your sadness and to let it go.  You are not there to assassinate your own character – so do not become your own worst critic.