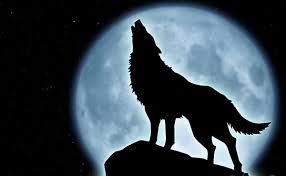 It is wise – when told in no uncertain terms not to call someone’s bluff – not to call it.  Like it is wise not to cry wolf when there are none.  That is called stupidity.  I am not a fan of labelling, in general, however there are occasions when labels can be made to be effective.  Be sure, however, that if you are going to give labels to things that they are the right labels.  No one likes to be called something that they are not – especially by a bunch of stupid idiots who know not even themselves what or who they are.  Tolerance in this regard has proved extremely useful, as has the cultivation of an unprecedented patience, but there comes a time in some of our lives when enough really is enough.  Leave the idiots to themselves, let them wallow in their shallows and die of their denial.  There is a great distance to travel to that place where our wonders never cease and with that in mind we cannot – or more to the point, will not – carry carrion.  We travel light.  Ours is a protracted journey and it is not one we will make carrying shit on our backs.  We are well within our rights to assert such a statement of fact.

If you have never read Aesop’s Fables, I suggest you do so.  It is likely you will learn something that you will never forget.  Not forgetting is the very first stage of remembering – and remembering is a very big word.  It is essentially one that should not be forgotten.  The reason for this is that your remembrances are what you are – hence they are what you become in your future.  If you choose to recall all the shit that has hit your Life fan and remain bitter about it until your dying day (and on this planet we will all have one of those) then you will morph into a twisted shithead.  That is a given.  Given a choice, I certainly would not elect to embody myself in memories built of shit.  Like I would not select to live in a house made of cards.  That is not to say that shit is best avoided – it isn’t.  It is best to hit it head-on.  Personally, I work storms before I do the calm.  That is my MO and it is not set to change in this infinity.

When you cry wolf – remember that wolves will usually travel in packs.  That is what wolves do, which is why it is not wise to run with them if you cannot speak wolf.  Another thing – when said wolves reach you and your projected dilemma, they will be hungry to save you from your attacker(s).  That hunger is not easily assuaged.  If – upon arrival – they should discover that your dilemma – your ‘life-threatening’ situation – is a lie, then they will simply eat you.  That is how it works with wolves.  They are not fussy about the nature of their meals, they are fussy about wasting their energy.  They will ensure that they are fed for their efforts and they will not hesitate to start with your head.  The reason for this is to prevent another call-out by those they have proven to be liars.  Theirs’ is a natural wisdom, an unflinching instinct.  Do not pretend with a wolf, it can see straight through you.

Waxing and waning.  Ebbing and flowing.  These are the tunes of a moon.  Part of a moon’s mystery.  If moons could speak can you imagine what they would say?  They would have a lot to say, that is for certain.  I believe that translating the moon’s illumination would yield a truth rich in emphasis and understatement.  Moons are humble with their majesty.

A new moon.  A full moon.  Howling wolves silhouetted on hilltops.  Feeding vampires caught neckside by moonbeams.  Angels riding the high tide.  Demons sleeping, deep.  Our moon has many friends in this world.  Many admirers.  It has always been this way.  A moon inspires awe in the right people.  The right people know who they are; and they are lucky.

Tonight the flaming hoops story is new. The tigers have rewritten the script.
The vampires can feel something is up. They swarm to the ticket office.
The tent has a maximum capacity.
This is one show no one is keen to miss.
No one will miss it. It will be pirated and sold on.
That is always the way. They will make the copy worthwhile.
This night, yesss, this one, there will be blood.
A great deal of blood.
The ringmaster just doesn’t know it yet.
The lions have yet to weigh in.
They have thus far remained silent, detached.
That is the luxury of a lion’s say-so in today’s world.
Watch out for what the lions discuss when no one is watching.
They have evolved from circus freaks into machines bred for the bullet.
How advanced is Natural technology? They are under no illusions.
They will always be King of the Jungle.
Go and ask Mowgli. He will tell you what is what.

The vampires bring their progeny to a show such as this.
It is worth the corruption of their young souls.
To see the wild win for a change will lift morale.
The children will bay like wolves. It is their instinct.
The dogs will not perform well if their slot is after that of the cats.
The baying of wolves will unsettle their senses.
For the first time, they will feel divided. It makes sense to divide a pack.
It confuses the master.
The Master. The vampires snigger into their sleeves.
Now that was funny.
What would excite the patrons was the blood-trade spectacle.
It would bring the animals’ eyes alive. It would be best if the hoops were afire.
That would add atmosphere.
If the ringmaster left the gate ajar, that would add atmosphere.
Once he was dead, beheaded, what stood between the angry cats and man?
Vampires in human form die human deaths. That was the dare.
It was their choice to visit the circus on a wild Friday night.
At moonrise it will become clear who sleeps, who wakes.
The tigers have made sure of that.

The fact that the ringmaster came back disappoints many of the circus performers.
Their sentence seemed shorter the other way, when the circus ran itself.
Not to worry. After the cats come the clowns.
They would make everyone smile. It was their job.
They were paid to clown around, so they must clown.
They had better bring the house down.
If they failed, they would be fired. A simple understanding between puppets and master.
Master. The clowns grumble his status into cupped palms that they fling wide, sideways.
They throw out the name with determination. A curse to be rid of.
Send it out. Out. OUT. There is no space in the tent for curses.
The animals can hear their dense man-whispers. The hiss of spit hitting dry hands.
Circus people were superstitious with good reason. Be careful what you summon.
The curses must stay outside.
They are on the naughty step until they learn the first aspect of values.
The gypsy sits outside in her painted caravan. It rests on the backs of two pitch horses.
The red looks good against their black.
She reads for people. Whoever, whatever. She follows the circus and she speaks out.
‘Cross my palm with gold,’ is what she wants to say, with a wink.
She says deadpan, ‘Five bucks, fifty.’
It is not just the wild animals whose eyes have died.