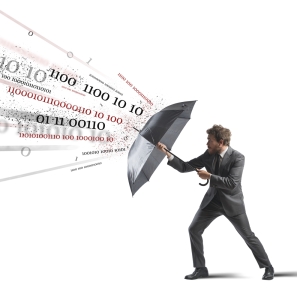 Do we all have the same psychology when it comes to seeking protection?  Is the drive of an asylum-seeker the same as the tendency a child has to hide behind its parents’ legs?  Are women entering into marriages sold in catalogues because the prospect of a new life – a better life with a man that’s buying – outweighs the thought of having to sell yourself to get there?  Perhaps the illusion of safety is what causes many women to marry men they really should not be marrying.  Men, after all, are the protectors.  They have always been the protectors.  Some men are cut out for this kind of work.  Others are not.  Choose wisely what you need in a partner – both men and women should choose carefully – and remember that you do not need to marry the first person you become involved with or become familiar with.  You cannot even begin to appreciate a person until you have learned who it is that they are.  That learning does not take three minutes.

You cannot find a mould that men ‘ought’ to fit in this day and age, their role is varied.  There are providers and protectors, there are hands-on dads and house-husbands.  There are workaholics and sugar-daddies.  There are a lot of men dealing with women who have daddy issues.  Perhaps the women with daddy issues were deprived of that ‘protected’ feeling as children.  Perhaps theirs’ were absent fathers.  Shy fathers.  Scared fathers.  Aggressive fathers.  The balance in society is out.  There are too many females seeking protection in a world whose hard currency is women.  If ever there was a catch 22, that is it.  That means women need to become stronger still, work smarter.  This world is in flux and those who do not change with it stand to lose their futures.

Women are entitled to protect themselves from every kind of abuse.  How they do that is their enterprise.  Men are as entitled as women are, to protect themselves.  It is vital to know that you cannot make vulnerable a person who stands for themselves.  Standing for yourself is like suiting up in armour.  It is an act of courage.  A wise idea.  When you get to a place where you expect ultimate protection from none other than yourself and the tools made available to you, you are stronger than any abuser, any violator’s tactics.  Do not allow yourself to be belittled, no matter who you are.  Protect yourself from others’ bitterness and protect yourself from becoming a mere number here on Earth.  There is more to life than being a number.